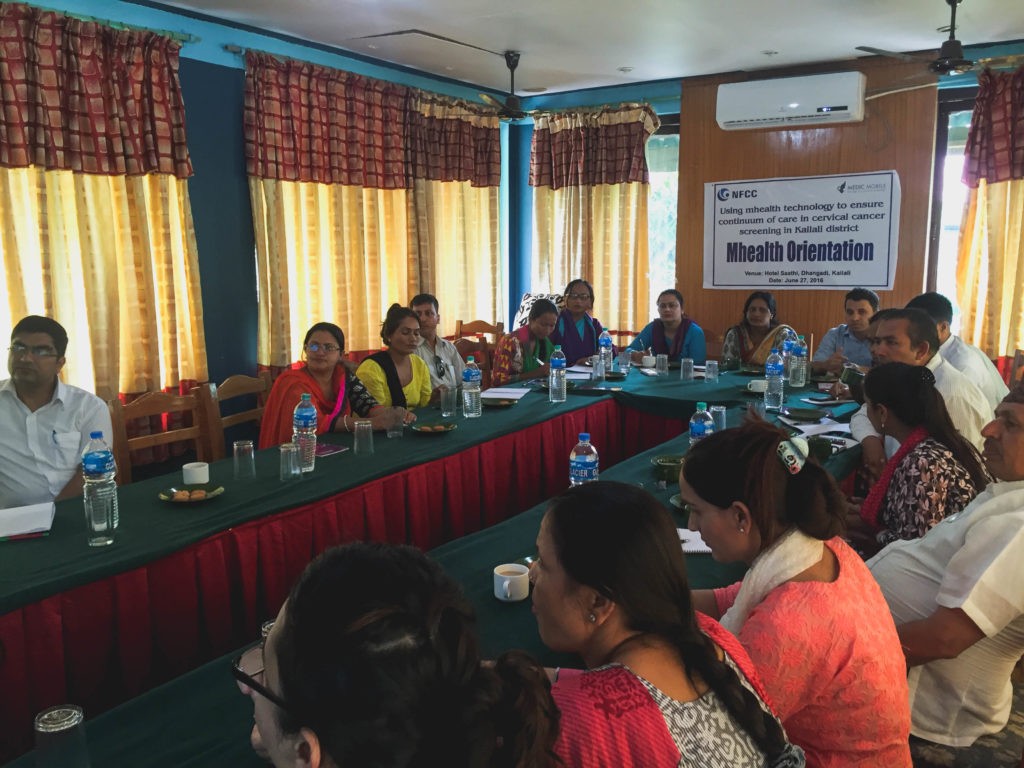 NFCC is the first organization in Nepal to advocate for menstruation related issues and advocating on MHH&R is a key focus of NFCC from the national level right up to the local level. Most advocacy work done by NFCC has been with no support from any donors.

NFCC is an active member of many international platforms that work on menstruation. NFCC is a Global Strategic Advisor to the International Menstrual Hygiene Day as well as a member of the Global Advisory Group on Menstruation – the group leading the global menstrual movement.

NFCC initiated the first MHM Practitioner Alliance in Nepal to create a platform to ensure joint advocacy at the national level. This alliance transitioned into the first MHM Practitioner Alliance which is currently under the purview of another organization. NFCC continues to be an active member of the Alliance. The Alliance is a major breakthrough in the advocacy for MHM in Nepal.

Advocating on issues related to menstruation has been integral part of NFCC advocacy. Press statements are released by NFCC to ensure that public sector stakeholders are held accountable to any actions or statements whereby they perpetuate taboos, stigma or stereotype on menstruation.

Collaboratively with different governmental agencies and Room to Read, NFCC has been advocating on MHM through IEC materials development and endorsement which included a very useful interactive adolescent friendly MHM booklet.

PIL against Government of Nepal on Rishi Panchami holiday for women

The Menstrual Hygiene Day – 2014 till date

Initiated by WASH United, the first Menstrual Hygiene Day was celebrated all over the world on 28thof May 2014 with the slogan Lets start the conversation on Menstruation. In Nepal, the program was led by NFCC in coordination with Government of Nepal and other bilateral partners. The campaign activities targeted to different groups:

Adolescents: The major activity of the campaign was the one-hour session on menstrual hygiene and management that was to be held in one school in all 75 districts. The one- hour program termed menstrual hour, was conducted by a local health worker identified by the district health office.

General Public: A one-hour (10am-11am) phone-in program on menstruation was aired in 75 districts through local radio partner. A locally identified health worker was invited to answer question pertaining to menstruation.

Policy Makers: A documentary movie- ‘Monthlies’ by Diana Fabianova was screened at City Museum Kathmandu on 27thand 28thof May, 2014. The movie screening was then followed by panel discussion with the policy level decision makers to work towards mainstreaming MHM. On 27thof May local organizations working in the field of reproductive health were invited to brainstorm the ways to effectively mainstream MHM.

By coordinating the first Menstrual Hygiene Day, NFCC established itself as the leader in the advocacy for Menstruation in Nepal.