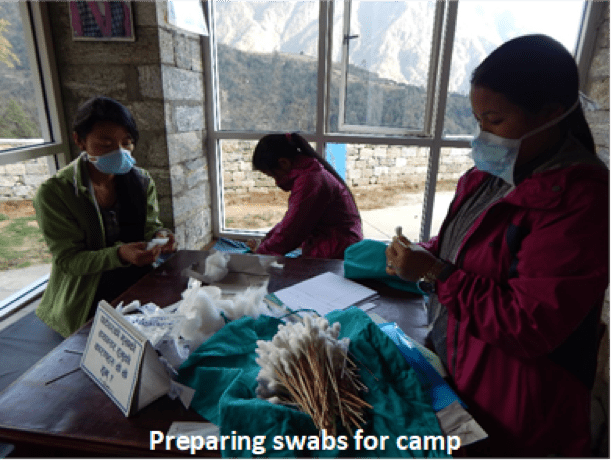 Khokana is a small village development committee on the outskirts of Kathmandu valley and located in Lalitpur district. Khokana has a population of 4927 people who are primarily Newar, the natives of the Kathmandu valley.

Khokana was selected as screening site primarily due to the homogeneity in population as well as it being relatively untouched by migration. A screening camp was conducted in Khokana on February12, 2013. This was done in collaboration with the local Khokana Women’s Co-operative. Women were screened for the following:

The results were distributed with the help of the same women’s co-operative with whom the camp was conducted. All positive women were referred for requisite screening or treatment to the Bhaktapur Cancer hospital.